Not quite a deja vu, but close.

The lease on my previous Model 3 is slowly coming to a close, and knowing this, this summer I sat down and took a long look at the current EV market in search of a new daily. Annoyingly, I found nothing more interesting than another Model 3 - despite all its shortcomings, for me it’s still the best daily driver out there. Others are slowly getting there, stuff like the Polestar 2 or the EV6 are very close - but ultimately, nothing beats the 3 when looking at factors important to me. So another one it is, for the next 3-4 years until something more interesting finally comes along (looking at you, Polestar - make the 6 at the Model 3 Performance cost/performance level, and we’re in business). 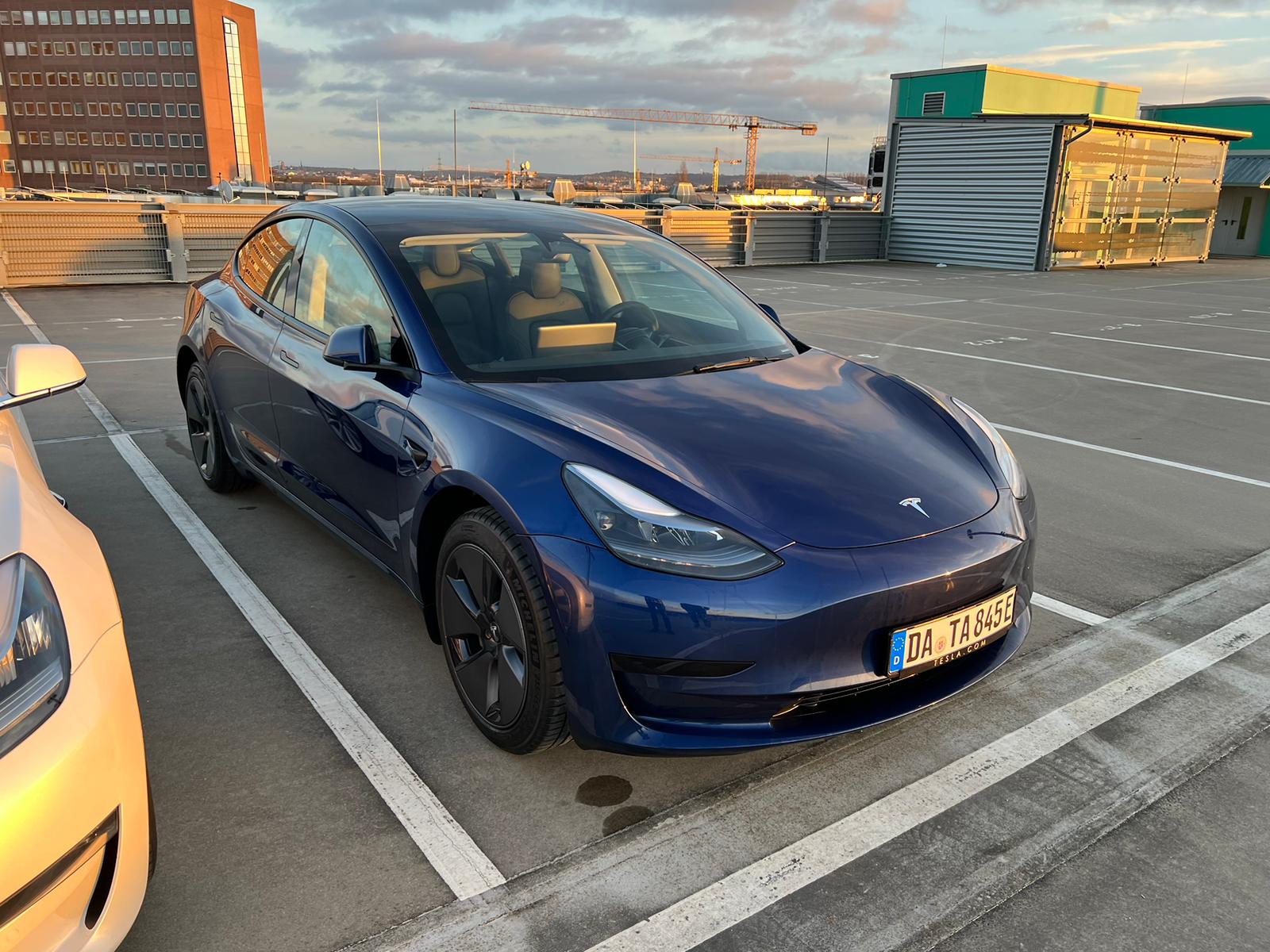 Now you may note one thing - this one has a color! Amazing, I know. Back when I picked white for the other car it was actually a conscious choice, black was the default back then and I really liked how the white looked. Apparently so did everybody else though, enough that they made it the default color a couple months later, and every single Tesla on the road became white.

This time I wanted something different, speficially I said to myself that I want an actual color on the car, not from the black-and-white palette. This left red and blue as options. And red, while very nice, is imho more fitting on the higher-specced Performance cars or the Model Y like Joe got. The blue is not as brash, but still rather nice, so I went for it.

Also, as indirectly stated above, this is not a Performance like the old car. In fact, this is a bog standard “Model 3 RWD” formerly known as the SR+, with the color being the only option ticked - everything else is base spec. What does this mean speficically compared to my old car?

Those are the differences from the lower spec I went for. But there are more, that stem from the fact that this is a 2023 Model 3 as opposed to a 2019 one. It looks the same, but underneath there are a lot of small but important differences, such as:

Another notable difference that doesn’t fall in the above categories - old car was made in Fremont, CA, this one is from the Shanghai factory. As many online are saying, made-in-China Teslas appear to have better build quality - I think I can confirm so far. Feels very solidly put together, I examined it quite closely at delivery but failed to find any issues worth mentioning. The overall feel is also very good - heavier double-glazed doors have more heft to them, new interior materials without the stupid piano black feel better, it’s just… solid.

All in all, I think this is a better daily driver than the old car. Maybe a bit less fun at the extreme, but a more well-rounded vehicle overall. And it’s significantly cheaper! :)

Got the first important things dealt with. Some storage inserts came quickly from Amazon, went for ones made by Spigen - I’ve known the brand for a while from phone cases and accessories, and the quality is similar. One sliding tray for the main center console storage bin, and one “hidden” storage box that goes on the underside of the arm rest. Both fit perfectly, very useful. 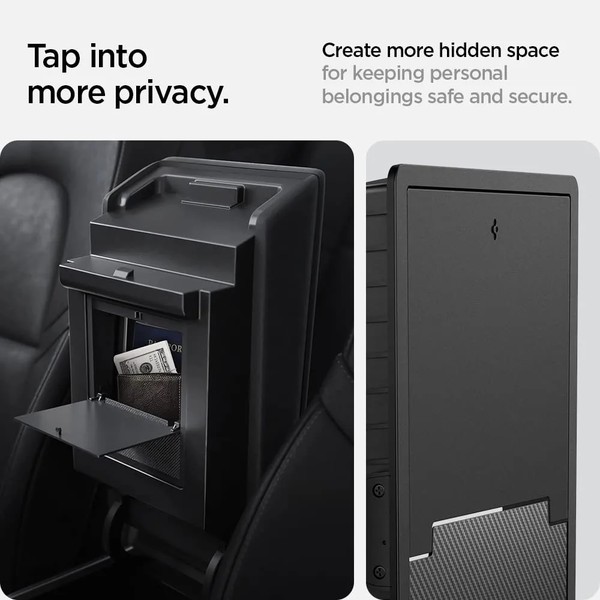 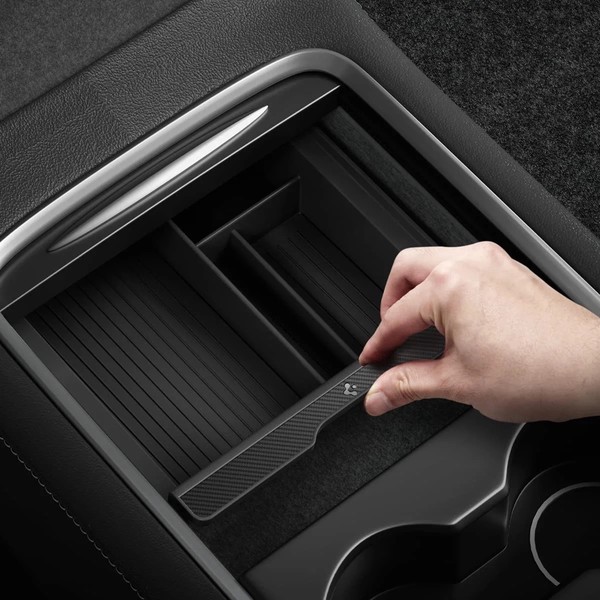 Also got the summer tires off and all-seasons on the car. With the winters being as mild as they’ve been the last 5-10 years in Germany, imho dedicated winter tires make little sense anymore, unless you live in a mountainous area or somewhere else where snowfall is more common. But rolling on summers in 0-5°C is also definitely not a great idea, so all-seasons it is - for a daily driver at least, I think, a sensible choice.

Researched the current all-season offerings for a while. Initially wanted to get Michelin CrossClimates. However, the good “old” generation isn’t made anymore, and the newer CrossClimate 2 have apparently been made a fair bit worse - most tests agree they are really good in the dry and exceptional on snow, but useless in the wet, and they wear much quicker than Michelins usually do. With that out of the way, I looked at the other “premium” offerings available currently, and ended up deciding between the Continental AllSeasonContact and the GoodYear Vector 4Seasons Gen3. The Contis are optimized for lower rolling resistance, which is neat and would yield even better efficiency, but they pay for that with slightly worse overall performance, and their wear ratings aren’t great. GoodYears seem very well-rounded altogether, so ultimately my choice went to them. One local shop actually had a set in store in the Model 3 size, so that got dealt with surprisingly quickly. I’ll hold on to the OEM Michelin PS4 set for a little while, and will likely sell them closer to the beginning of next year’s summer tire season, which will make the swap not at all expensive in the end.